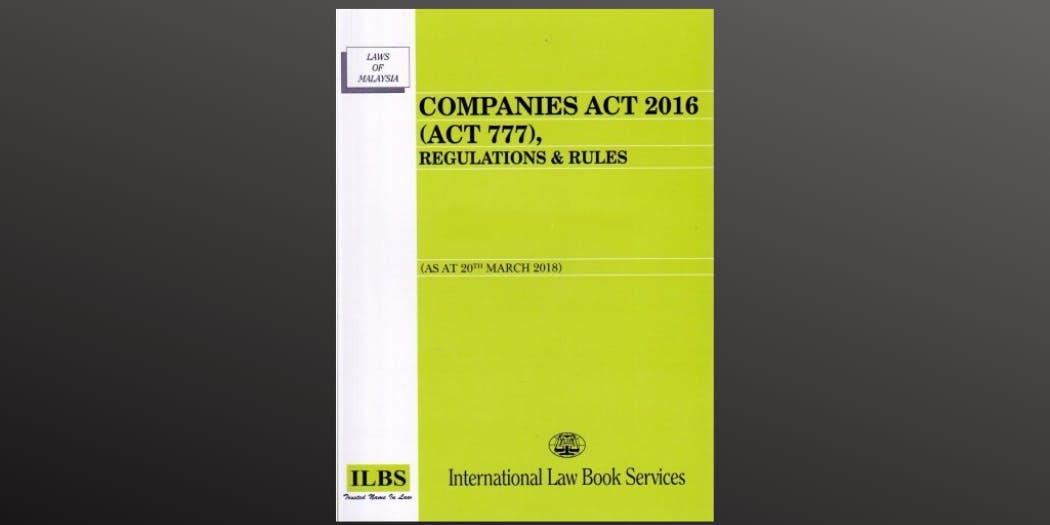 The Companies Act 2016 has replaced the old Act since January 2017. This article lays out 8 main differences the new Act can benefit your Sdn Bhd incorporation.

Instead of manually downloading the required forms from the SSM website, Super Form on the MyCoID 2016 portal has replaced the manual procedure where the Sdn Bhd incorporation can be done online since the Companies Act 2016 came into effect. Here's the Malaysian guide for Sdn Bhd company registration through the MyCoID website for your reference.

Prior to the Companies Act 2016, a Sdn Bhd required at least 2 directors to set up. Today, only 1 director regardless of nationality who is residing in Malaysia that fulfils the requirement stated in the Companies Act 2016 is needed to form a Sdn Bhd. The director can also act as the sole shareholder that owns 100% shares of the company.

Changed document for evidence of incorporation

Simplified process for execution of documents

As it is no longer mandatory for Sdn Bhd to have a common seal in the Companies Act 2016, the execution of documents can be done by either one of the options below:

No par or nominal value for shares

All shares will no longer be tied with a par or nominal value, hence the company can decide the appropriate value for the shares for issuance. Besides, the Companies Act 2016 has also abolished the share premium account and capital redemption reserve account which are merged with the company's share capital.

Not mandatory to adopt a constitution

The Companies Act 2016 can be used as a constitution for Sdn Bhd incorporated under this new Act, which means it is not mandatory for the company to have the memorandum and articles of association (M&A) as the constitution. The company, directors, and shareholders have the rights, powers, duties and obligations as stated in this Act.

Not mandatory to hold an annual general meeting

Sdn Bhd does not have to hold an annual general meeting (AGM) each year as stated in the Companies Act 2016. All decisions of the company can be made through circular resolutions which are signed by all directors without holding a physical meeting. This is where electronic signatures can come in handy.

With the implementation of the Companies Act 2016 and the Budget 2020 that favours the growth of entrepreneurship and SMEs, this is a good time to start a business in Malaysia with the support of the Malaysian government. If you are unsure whether a Sdn Bhd is something that suits your business's needs, check out these 6 types of company registration and decide which one suits you best.

Digital company secretary in Malaysia - Online company registration with SSM and hassle-free business administration via a dedicated dashboard for your company.